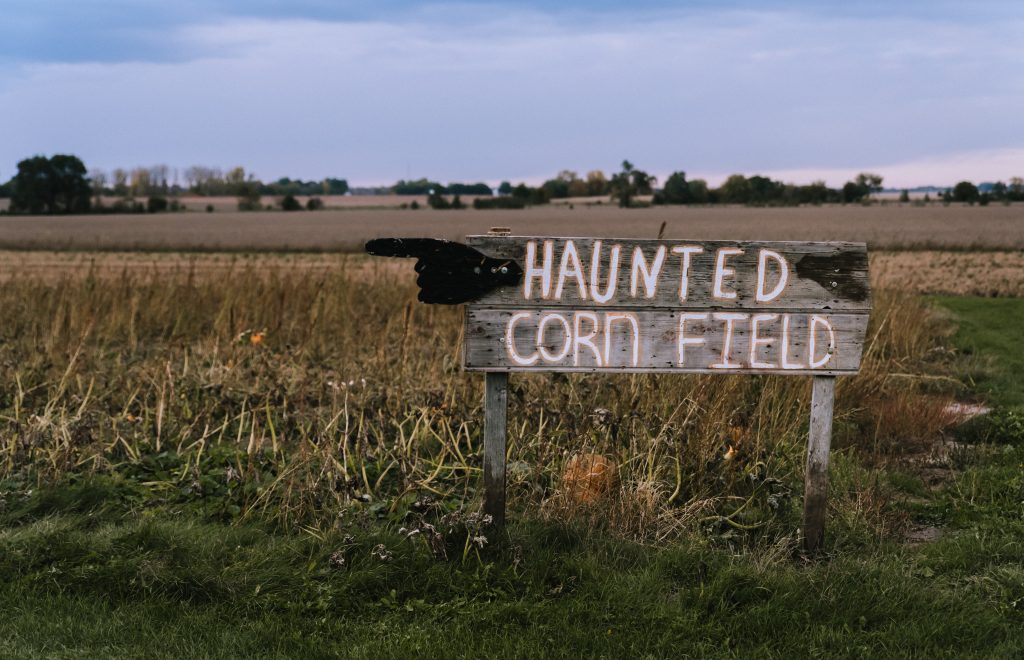 October has arrived. As I do every year, the change in the season has turned me into one of the inhabitants of Ray Bradbury’s October Country: “That country whose people are autumn people, thinking only autumn thoughts. Whose people passing at night on the empty walks sound like rain[.]” October brings with it cooler temperatures, pumpkin-based libations and the bizarre desire, especially for this writer, to get scared in a controlled environment. Law is not a profession for the faint of heart, but for this month’s article, I want to spend some time talking about something especially frightening: haunted house litigation.

On Oct. 31, 2017, USA Today opinion contributor Randy Maniloff published an article titled “When haunted house visits go from ‘boo’ to sue, the house usually wins.” In the article, Mr. Maniloff posits the question of whether the legal system tolerates “otherwise unacceptable behavior simply because it takes place in the season of ghosts and goblins.” The short answer? It does. As one would assume, a lot of this “behavior” would be covered under various theories, including, but not limited to, the assumption of risk. But where’s the fun in this? Let’s forget about that. I want to highlight some of my favorite cases.

In Mays v. Gretna Athletic Boosters, a 10-year-old girl was so frightened when a haunted house performer jumped out to scare her, she hightailed it directly into a cinderblock wall. Injury aside, the court held, “Patrons in a Halloween haunted house are expected to be surprised, startled and scared by the exhibits but the operator does not have a duty to guard against patrons reacting in bizarre, frightened and unpredictable ways.”1

In Bonanno v. Continental Casualty Company, an 84-year-old woman was jostled by young patrons (or simply fell, depending on which litigant you believe) while fleeing from a person dressed as the devil being mechanically projected onto an overhead track. The court found that the devil may have been in the room, but he wasn’t in the details, and it didn’t matter if she fell as a result of being jostled by a frightened crowd. It was held that, “It would be inconsistent in this case for this court to allow plaintiff to recover for damages which resulted from her being frightened, precisely the effect that the ‘Haunted House’ was calculated to produce.”2

Although these haunted house cases are interesting, there’s a specific quote from Griffin v. The Haunted Hotel, Inc. – a case in which a plaintiff fell while being chased in a haunted attraction – that takes the candy corn and deserves to be framed in every household: “Being chased within the physical confines of The Haunted Trail by a chainsaw carrying maniac is a fundamental part and inherent risk of this amusement.”3

So, in closing, I warn thee, dear reader. As the moon rises on Halloween night, it is not the ghouls and goblins that you should fear. No. It’s the TORTS!