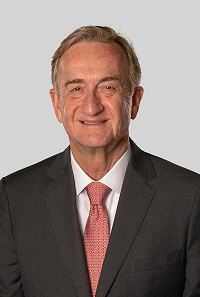 The theme of this Oklahoma Bar Journal, “Black Legal History,” reminded me of Frederick Douglass, who was not an attorney, but had all of the attributes that we as attorneys strive for and admire, being a great orator and writer.  I felt compelled to remind ourselves about who he was because his writings and teachings are extremely relevant today.  He stood for the proposition that all people are created equal and deserve the freedom to pursue happiness in our country.  He was committed to those principles that are set forth in the Declaration of Independence that all people are born free and equal, with inherent rights which no one may violate.  He taught himself to read, taught himself a political philosophy, and then by his own efforts, he became one of our nation’s most important and historical intellects through his own hard work and perseverance.

It is incredible to me that Frederick Douglass was born into slavery and was abused and beaten yet came to write that all people were entitled to the pursuit of happiness and self-reliance and to peace, security and freedom.  I think it is important to note that his background and upbringing did not create in him animosity towards society.  He was born in his grandmother’s log cabin and was separated from his mother as an infant and raised by his maternal grandparents until the age of six.  When he was six he was “given” to a couple in Baltimore, Maryland.  The wife taught him the alphabet and made sure that was fed and slept in a bed with sheets and a blanket, however, her husband disapproved.  He believed that if the slave could read he would become unmanageable and ultimately sad because of his predicament.  Douglass understood from this rhetoric at a young age the importance of reading and writing.  He was sent to a poor farmer who was known as a “slave breaker,” and I have read that he beat Douglass so regularly that his wounds did not heal between beatings.  Douglass would later write that the beatings broke his body, soul and spirit. 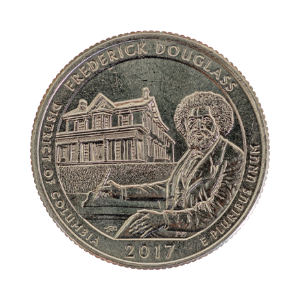 Douglass ultimately escaped in 1838, at the age of 20 and made his way to New York City.  He later wrote to a friend “I felt as one might feel upon escaping from a den of hungry lions.  Anguish and grief, like darkness and rain, may be depicted; but gladness and joy, like the rainbow, defied the skill of pen or pencil.”

I note Frederick Douglass’ travails as a slave because it is hard to imagine that a man born into slavery in America, separated from his mother as an infant and beaten unmercifully, came to support the Constitution and became an historical giant in the legacy of our country.  Even though he was treated with unimaginable degradation, he did not hold a grudge against society, but rather opposed separatism and sought equality for all.

Writer, Timothy Sandefur, notes in his recent book Frederick Douglass: Self Made Man, that “at a time of increasing cynicism and racial animosity, it’s worthwhile to remember that in an era when race relations were far worse than they are now, Frederick Douglass stood for the proposition that all people are created equal and deserve the freedom to pursue happiness in the United States.”  We need to familiarize ourselves with Douglass’s teaching and his beliefs as to individualism, private property, capitalism, free enterprise, and constitutionalism.   It is important to remember all of the guaranties granted to us and be assured that we, as attorneys, protect the constitutional rights of others in need, in whatever manner that we can, big or small.